The greatest adventures often begin without knowing the eventual destination. That’s the adventure I began over three decades ago at the University of Wisconsin-Stout. In the subsequent thirty years I have traveled to numerous states and countries, been a teacher and principal in rural, suburban, and urban schools, helped open and operate two charter schools, been part of numerous exciting state-level education initiatives, raised two sons, and lived in one of the most beautiful and violent places on Earth (Kunar, Afghanistan).

In 2016, I began to see where this journey was leading.  My purpose and calling is to help others unleash their true potential and, in particular, help unleash the potential of the children in our country so they can usher in a new age of innovation and problem solving like nothing we’ve ever seen.

PREPARATION FOR MY PROFESSIONAL JOURNEY

I began learning how to “play school” during my middle school years and, by high school I was an expert. I didn’t realize I was playing school; I just thought I was pretty clever. Looking back now, I know I was effectively manipulating an educational system that had little to offer. Rather than acting out and misbehaving (as some of my similarly disengaged classmates did), I met or exceeded everyone’s expectations allowing me to apply my creativity and energy where I wanted. While I did gain some knowledge and skills through my formal K-12 education, it pales compared to what I learned outside that institution.

Completely turned off by formal education, I entered full-time employment after high school. I worked as an air compressor technician, got laid off, became assistant manager of a video arcade, then manager of a new arcade. At 19 I was in a new city, hiring employees, managing payroll, etc.  For fun, I started building and racing cars and coaching youth hockey.  I got rehired as a compressor technician but knew I needed something more.

I enrolled at UW-Stout in 1985 and thrived.  Some classes were awesome and taught me important skills; others were like high school – show up, meet the expectations (without much real effort), and collect the A.  I got involved in student government, writing for the dorm and college papers, joined and led numerous clubs, attended national conferences and competitions, and had a great time.

I determined I needed a way to pay my tuition and other expenses, so I joined the Wisconsin Army National Guard. That, part-time jobs, scholarships, grants, and student loans got me through. I only planned to remain in the military through my initial obligation, but one thing led to another, and I continue to serve, now in the U.S. Army Reserve.

I graduated from Stout with a BS in technology education and a minor in English.  Over the next quarter century, I had an incredible array of professional experiences while also earning my MS in educational administration from UW-Madison.  I taught tech ed and English; I was a principal; I worked in middle and high schools as well as at the district level; I worked in urban, suburban, and rural districts; and I spent a total of 12 years as an education consultant with the Wisconsin Department of Public Instruction (DPI).

In those positions I worked on hundreds of initiatives affecting tens of thousands of students.  Among these were development of the Wisconsin Youth Apprenticeship and Skill Certified Coop programs, various state education standards, dozens of DPI guides and manuals, and hundreds of presentations; opening two charter high schools; fostering hundreds of local and state-level business-education partnerships; and much more.

Along the way I worked with thousands of educators who were dedicated to helping students achieve their potential and to opening opportunities for those students.  Yet it was also glaringly clear that all these efforts by all these people were having a very small relative effect.  And that was true of all (yes, all) the other initiatives being pursued in education.  While some effects were much better than others, none were coming close to their potential.  The limiting element in all of these is the factory model of schools.  Until that model is replaced, schools will be unable to help any child unleash their potential, let alone many or most.

Several things occurred that led me here, to founding Know Power, Know Responsibility.  I was part of designing and implementing the Wisconsin Academic and Career Planning (ACP) initiative and developing the Fostering Innovation in Wisconsin Schools guide.  I also became more deeply involved in personalized learning and innovative schools activities.  In addition, I began teaching organizational development and leadership classes for the US Army.

My combined experiences and the lessons I’ve learned allowed me to see that there is a way to replace the factory model of school, and that I could help make that a reality.  In addition, the key elements of reinventing education and unleashing the potential of students are present in numerous other institutions and organizations who could benefit as well.  Further, individuals can find and unleash their potential by understanding these same concepts.

Consequently, Know Power, Know Responsibility is dedicated to helping everyone unleash their potential. 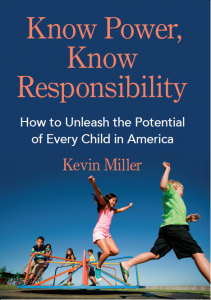 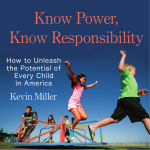